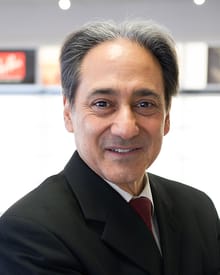 As part of his training, Dr. Jacobson spent three months at Hadassah Hospital in Jerusalem where he was involved in a research project involving contact lenses and binocular vision, which was subsequently published.

Upon graduation Dr. Jacobson gained valuable clinical experience by his association with a large ophthalmology group in Houston. During this time he was invited to join the faculty of the University Of Houston College Of Optometry as a Visiting Assistant Professor in the primary care and contact lens services. He combined his teaching career with a private practice, which he started in 1983. He has been full time in private practice since 1987.

Dr. Jacobson has been a member of various professional organizations over the years including the Harris County Optometric Society, the Texas Optometric Association and the American Optometric Association. He has also been active with the Eye Care for Kids Foundation for several years which provides needed eye care to local children with who would otherwise be unable to afford it.

In the community, Dr. Jacobson has been involved in many organizations including the Bellaire -SW Chamber of Commerce and Midtown Business Network. He has been president of B’nai B’rith Hillel Foundation and Young Israel of Houston synagogue and has served on the board of directors of several other community organizations.

Dr. Jacobson and Suzanne his wife of 28 years have three children, Sara, Rachel and Noah and live in southwest Houston.

The well-being and safety of our patients are and always have been our highest priority.

Governor Abbott’s executive order is ending the statewide COVID restrictions and mask mandates, but Vision Centers of Houston will continue to require face masks and practice social distancing while in our clinic. As a healthcare entity, we must follow the guidelines set forth by the CDC.

We are asking you to continue masking. We know that it works. It protects our doctor, staff, and YOU. There are infectious variants are circulating in Texas, and many more people wait to be vaccinated.

Let’s do everything we can to protect each other.

We truly appreciate everyone’s patience and understanding in our desire to protect our at-risk patient population.

We will look to the CDC and their recommendations as we move forward.

COVID-19 Mask Mandate: Our offices will continue requiring our patients and teams to abide by the mask mandate.
For additional details regarding this policy, please refer to our policy update below.