Due to the CDC guidelines, we are still requiring patients to wear masks when visiting the office.

Eye care professionals specialize in understanding how the human eye really works, as well as diseases and conditions that affect your vision – many of which do not have obvious symptoms. Eye doctors know how age and risk factors affect vision over time for young and old, and they understand the benefits and features of corrective lenses including eyeglasses and contacts.

Our optometrists take the time to explain the results of your eye exam, describe your options and listen to your eye care needs. Because maintaining good eye health is an ongoing partnership, we encourage you to ask questions and share your health information, which could be vital to monitoring, diagnosing and treating potential vision problems. 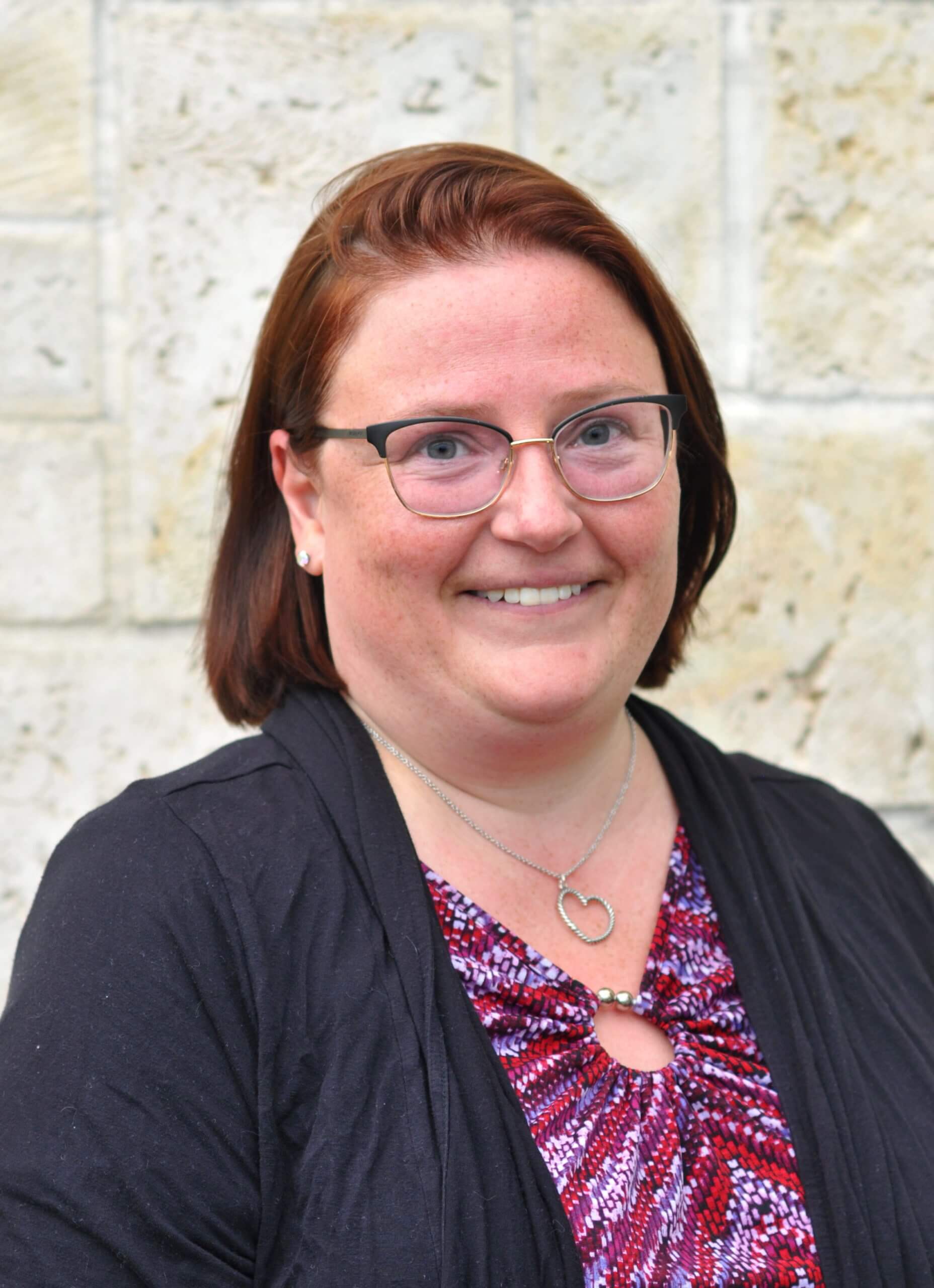 Dr. Amy Munroe Parker graduated from the University of Oklahoma with a bachelor’s degree in psychology and completed her doctorate at the University of Houston College of Optometry. Dr. Parker provides a variety of eye care services including comprehensive routine exams for glasses and contacts, wellness evaluations for diabetics and other medical conditions, and glaucoma testing and management. She is a member of the American Optometric Association and the Harris County Optometric Society.

This Texas native lives in northwest Houston with her husband. She enjoys photography, gardening, and spending time with her family. 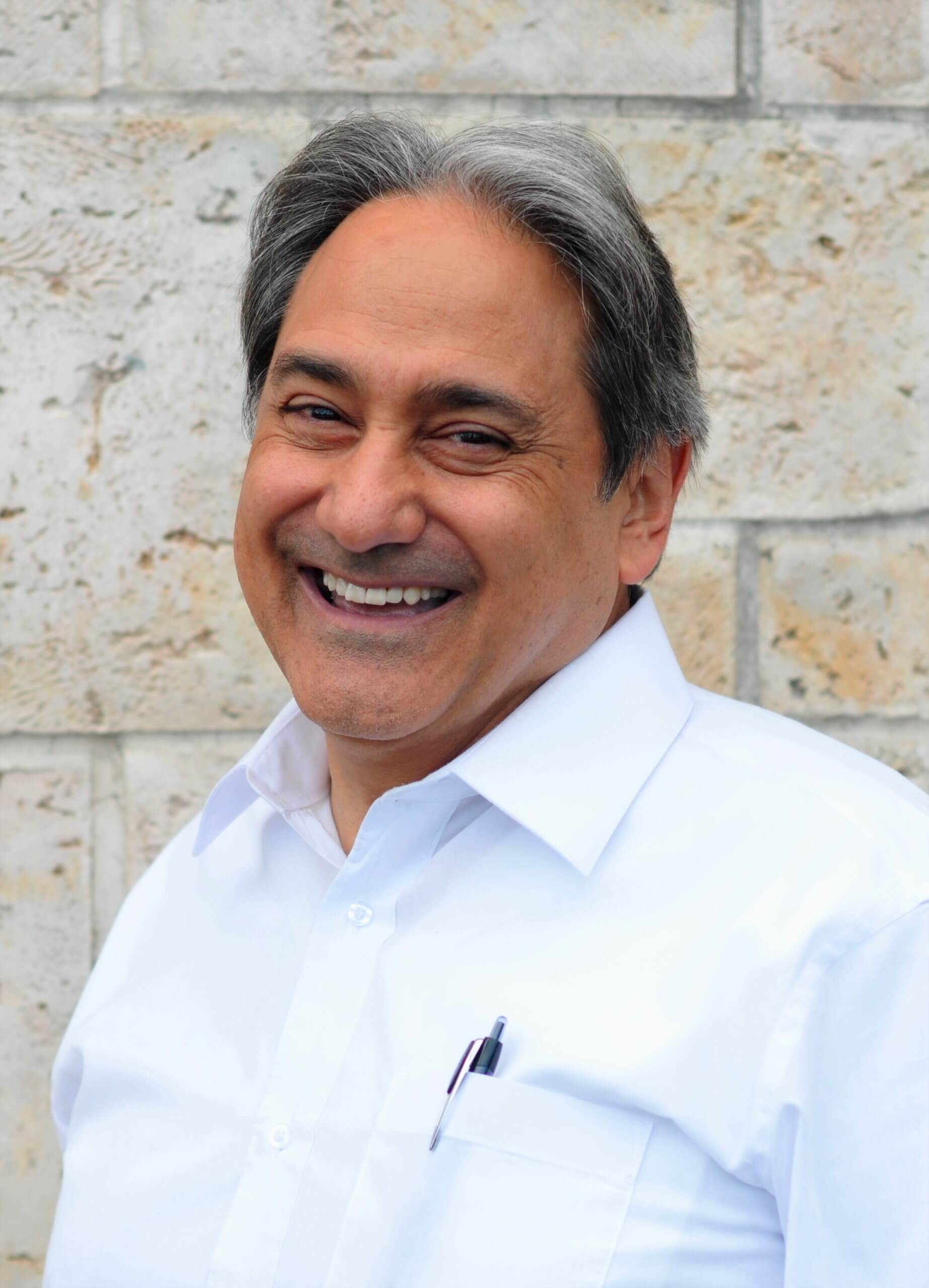 As part of his training, Dr. Jacobson spent three months at Hadassah Hospital in Jerusalem where he was involved in a research project involving contact lenses and binocular vision, which was subsequently published.

Upon graduation Dr. Jacobson gained valuable clinical experience by his association with a large ophthalmology group in Houston. During this time he was invited to join the faculty of the University Of Houston College Of Optometry as a Visiting Assistant Professor in the primary care and contact lens services. He combined his teaching career with a private practice, which he started in 1983. He has been full time in private practice since 1987.

Dr. Jacobson has been a member of various professional organizations over the years including the Harris County Optometric Society, the Texas Optometric Association and the American Optometric Association. He has also been active with the Eye Care for Kids Foundation for several years which provides needed eye care to local children with who would otherwise be unable to afford it.

In the community, Dr. Jacobson has been involved in many organizations including the Bellaire -SW Chamber of Commerce and Midtown Business Network. He has been president of B’nai B’rith Hillel Foundation and Young Israel of Houston synagogue and has served on the board of directors of several other community organizations.

Dr. Jacobson and Suzanne his wife of 28 years have three children, Sara, Rachel and Noah and live in southwest Houston. 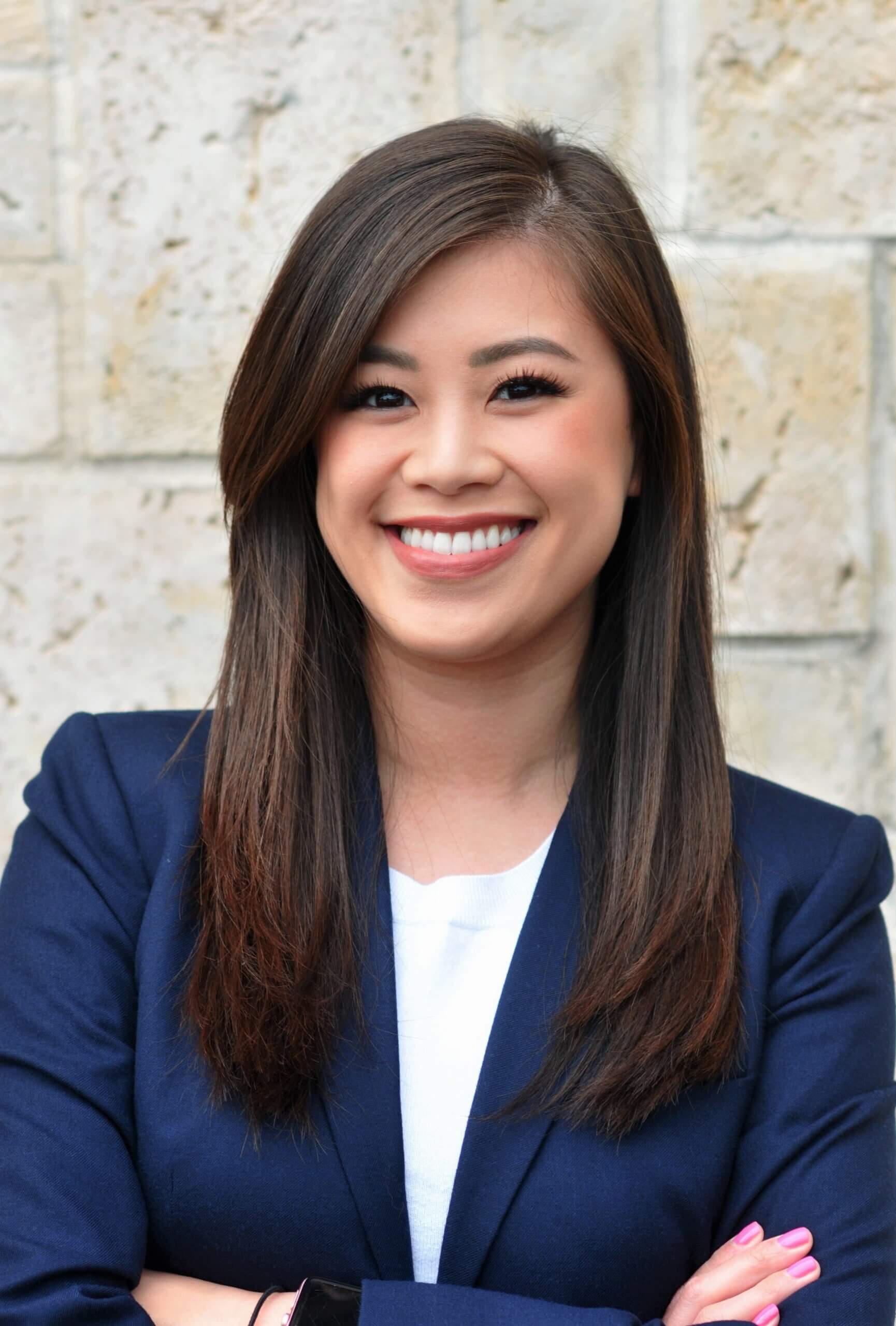 Dr. Vuong loves to volunteer and give back to the less fortunate. Previously, she was on a mission trip to Guerrero Clinic in Chihuahua, Mexico providing eye care to an indigent population. During her off time, she enjoys traveling, attending cycling/barre classes, and spending time with her two fur-babies – Lychee & Miso. 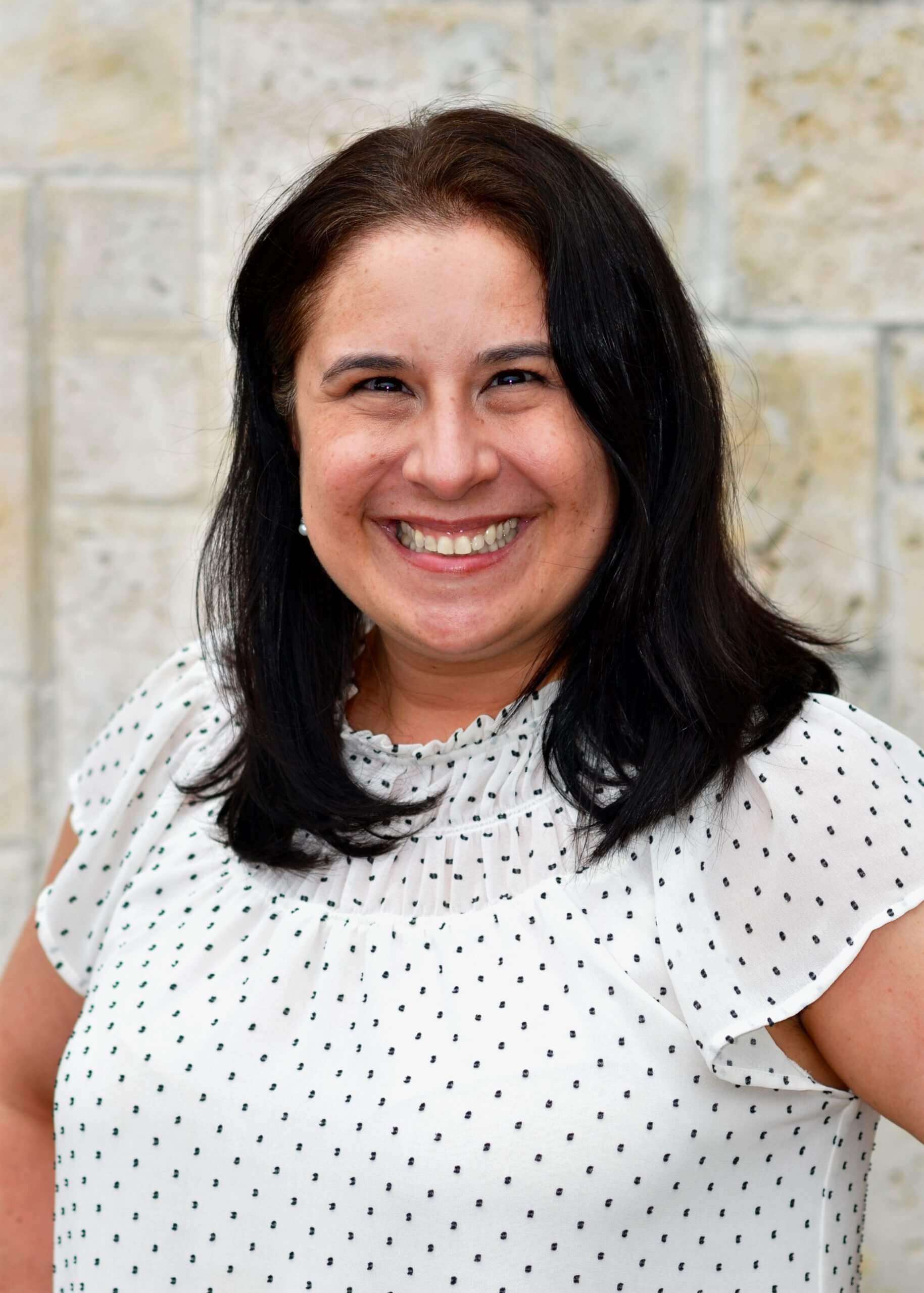 Dr. Poly De La Garza is a native Houstonian, who graduated from Klein Oak High School. She then earned her bachelor’s degree in biology from Texas A&M University and her doctorate from the University of Houston College of Optometry.

Dr. De La Garza has undergone externships at the Eye Center of Texas, where she co-managed LASIK procedures, cataract surgery, and retinal disease, and at Conroe/Woodlands Eye Clinic where she specialized in retinal disease, pediatrics, and binocular vision.

Dr. De La Garza enjoys seeing children of all ages and has a background in developmental vision and vision therapy. 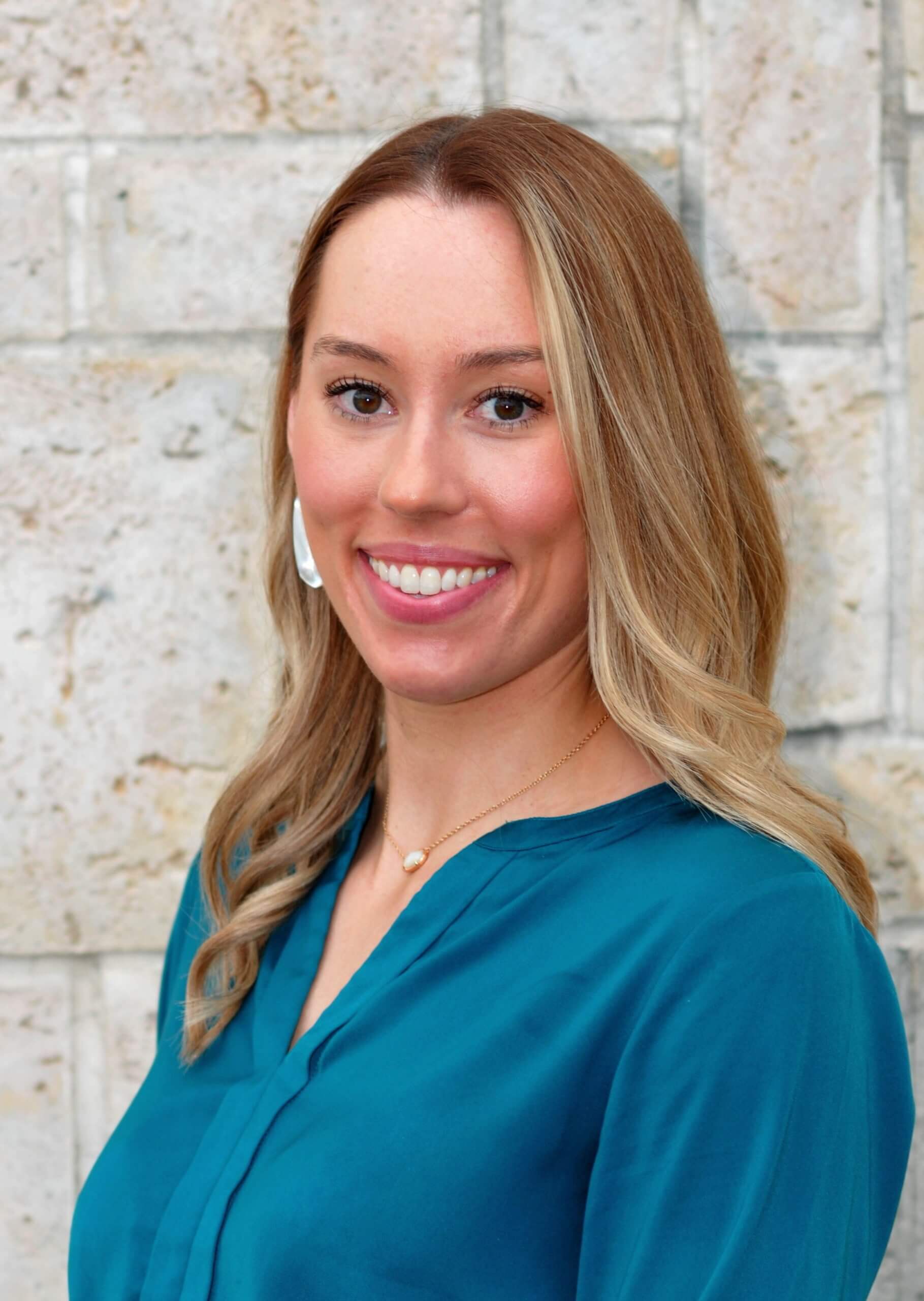 She completed her clinical rotations at Space Center Eye Associates in Clearlake, Texas with a focus on ocular disease, and Bellaire Family Eyecare in Houston, Texas with a focus on fitting specialty contact lenses. After graduating optometry school, she completed a one-year residency program at Clay-Rhynes Eye Clinic in Durant, Oklahoma specializing in managing and treating patients with ocular diseases such as glaucoma, macular degeneration, cataracts, diabetes and co-managing LASIK and PRK patients.